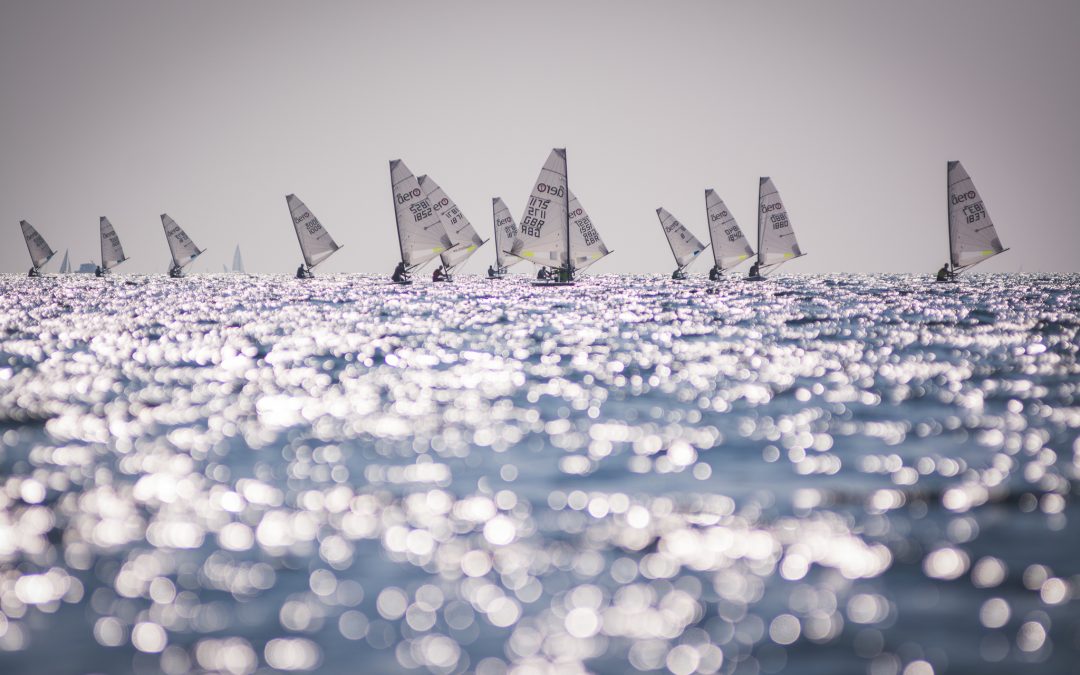 The 3rd RS Aero World Championship kicks off in Melbourne Australia this weekend at Black Rock YC on the waters of Port Phillip Bay, supported by Rooster Sailing and Sailing Raceboats of Australia.

Eighty RS Aeros from around the world are signed up for the championship over New Year. The Australian summer is now in full swing with their most recent heat wave topping 40’C. However Melbourne is known to be changeable and as the saying goes locally, “if you don’t like the weather in Melbourne, wait ten minutes”. Over the week competitors are likely to see a wide range of conditions. If the sea breeze does come in hard, the Bay is famous for its challenging sea state and there will be a few roos loose in the top paddock as the large chop builds up over the shallow water.

The championships have boosted interest in the Class in Australia and nearly 50 Aussie RS Aeros are signed up from five states to compete, including quite a few new boats. This interest will be further boosted with a good supply of ex charter RS Aeros available after the Worlds as the local dealer, Sailing Raceboats will be selling the charter fleet following the event.

Over 20 Brits are making the long trip down under, happy to escape for a blast of mid-winter sun! The Japanese team are set to make their first international appearance with four sailors signed up in the RS Aero 5 fleet.

Competition for the titles will be as hot at the mid summer Aussie sun. Many past champions are in the mix here and the likely front runners are hard to call.

In the RS Aero 5s Sophie Jackson was strong in the Australian champs last month. An accomplished British team of Sammy Isaacs-Johnson and ex UK National Champion David Ellis will add to the mix. However the Japanese Team remains an unknown quantity not to be underestimated.

The RS Aero 7s see the largest fleet with over 40 competitors. Home favourite with two Aussie National titles is Rhett Gowans. Double RS Aero 9 World Champ, Mark Jacobi of the USA, drops a rig size this year to compete for the 7 title. From the UK, rising Youth Champion, Noah Rees, continues to grow faster by the day and Peter Barton looks to do one better than his European title this summer.

The RS Aero 9s sees a clash of the titans with Derek Bottles of the super strong Seattle USA fleet set to pitch his skills against the young gun UK Champion, Liam Willis. Watch out near the front for the big man from Sydney, Simon Reffold, Australia’s leading RS Aero 9 sailor.

A full on social programme is planned from a ‘snags and coldies’ baarbie to the New Year’s ball. A day off on New Years day will provide the opportunity for some rest and relaxation and a chance to check out the local attractions.

Keep up to date with the results and reports via the RS Aero Facebook Group.