44 RS Tera’s battle it out at the RS Tera North American Championships 2019! 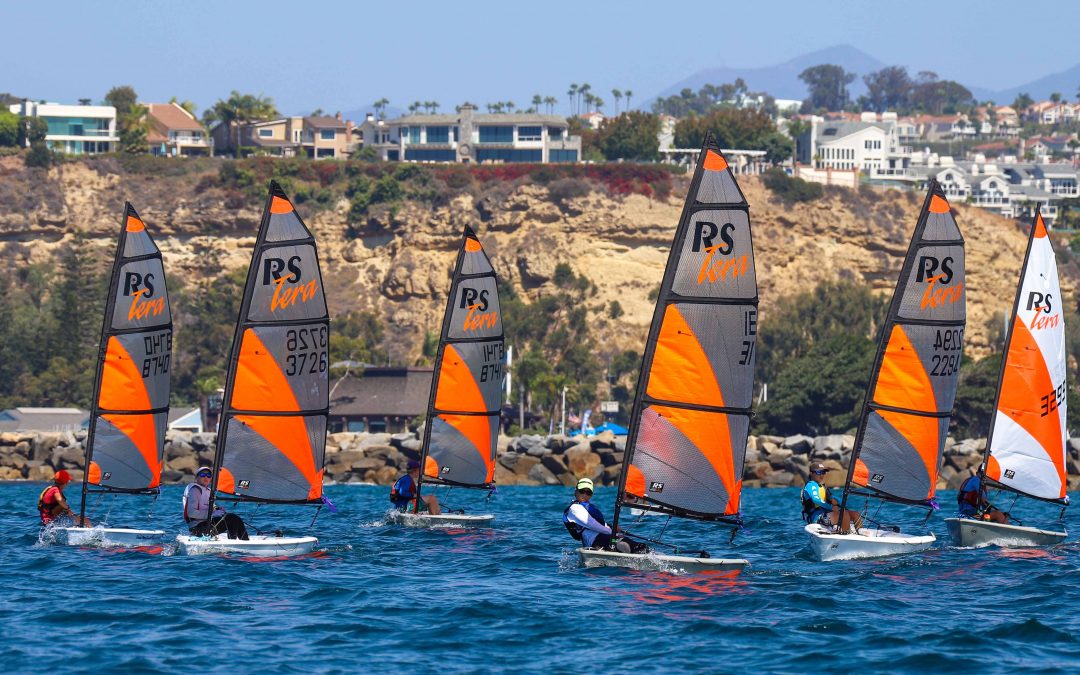 The second annual RS Tera North American Championships were held in the waters off Dana Point, California on September 21-22. Dana Point is iconic, known for the birthplace of infamous classes and now a significant starting point for the RS Tera in North America.

Just last year the inaugural 2018 Championships attracted 31 boats and they were won by Emily Rychlik.
The 2019 event attracted 44 RS Teras from 15 sailing clubs with competitors traveling from Maine, Colorado, and all over California. This year’s event also featured two different fleets, they were made up by the two different rigs that the RS Tera has to offer – the Sport and Pro rig . The Sport Rig which has the standard dacron sail is suitable for smaller sailors, whereas the Pro Rig allows larger sailors to compete in the boat with a large Mylar Mainsail. Having these two divisions on offer meant that the event welcomed small sailors as young as 7 years old, all the way up to larger 15 year old sailors.

Day one of the Championships was a qualifying series to determine the Championships fleet, 3 races were sailed in a seabreeze that built up to 12 knots by the end of racing, accompanied by a rolling pacific ocean swell. In the Sport Division, the top three for the day were Henry Richter from Colorado, Christopher Daher, and Oliver Ernest- both Dana Point locals . In the Pro Division, Tate Christopher from Alamitos Bay YC, William Gear from Maine, and Omar Alami from Sausalito YC took top honors for the day.

On day two, four races were held in 4-7 knots, with an incoming current forcing much of the fleet to choose the tactic of going right along the breakwater for current relief. In the Championship Sport Rig Gold Fleet, Christopher Daher once again dominated the first three races, a poor start in race 4 nearly jeopardized his chances of taking the regatta win, but he held on for the overall win. Last year’s defending Champion Emily Rychlik from Westlake Yacht Club put up an impressive performance, she nearly took the Championship title once again, but an inconsistent 9th place in the third race meant that she finished second overall. Carl Richter sailed a consistent day to take home third overall. An honorable mention goes to the winners of Championship Sport Silver Fleet, Meghan Farmer from Alamitos Bay YC, Jonah Barbee from Dana Point, and Vivian Ikeda from Lake Mission Viejo YC.
In the Championship Pro Rig fleet, Tate Christopher continued to sail consistently to take home the overall win, a late charge from fellow club member Nicholas Mueller was enough to solidly put him in second overall, followed by William Gear from Maine who had a tough day in the lighter conditions but held on for third overall.

After racing, awards were presented and sailors were treated to tacos!