A quick snapshot of the RS800 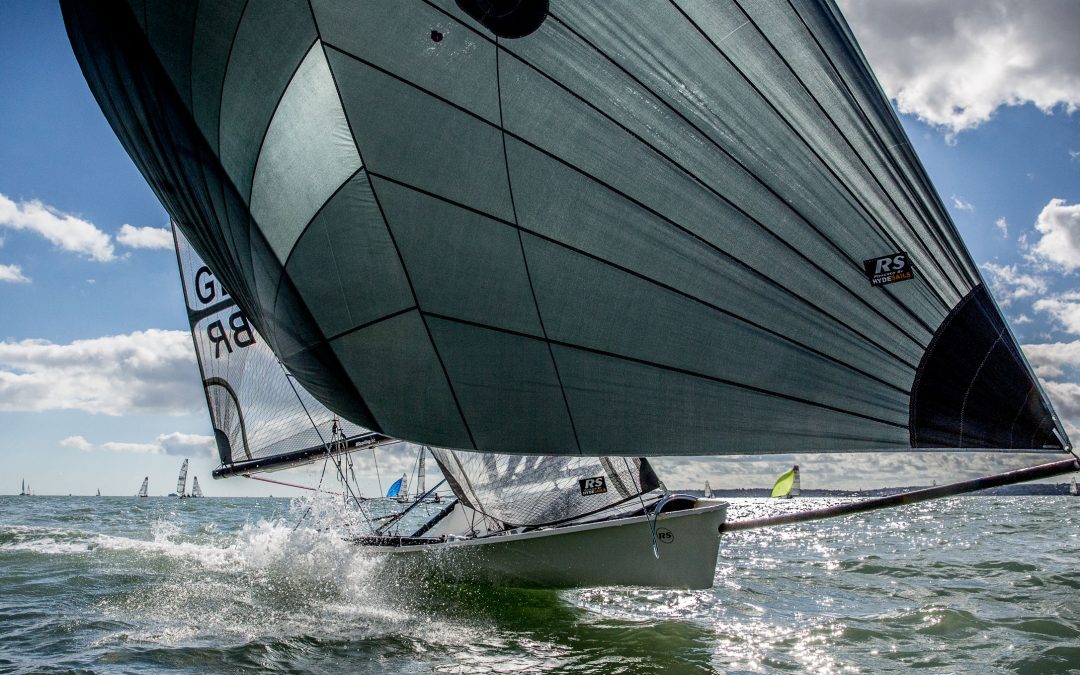 The RS800, first introduced in 1999 is the fastest boat in the RS range. This two person, twin trapeze asymmetric offers exhilarating performance on a remarkably stable platform. A weight equalisation system offers equal performance for a wide range of sizes as both height and weight are taken into account to decide how far out your racks go or how many lead weights you carry onboard.

The RS800 class prides itself on the simplicity of the boat, no need for hours spent bimbling in the dinghy park in this class, spend more time on the water honing your technique to progress your way up the fleet. After sailing, just drop the sails, pop the cover on and make your way to the bar to grab a well deserved drink of your choice. Every 2 years the class makes its way to Lake Garda, a true Mecca of skiff sailing, there isn’t much to rival the feeling of enjoying the evening sun, sat by the lake discussing the thrills and spills of the days racing.

On the domestic front, the class has a full racing calendar organised by the renowned RS Class Association, coupled with an active social media presence you are never far away from someone who shares your passion for the RS800. The class members are a friendly bunch, always there with a helpful answer to any question, so newcomers need not worry about approaching with a query. The whole of RS is one big family, with the goal of inclusivity shared across all fleets.

Recently the RS800 has opened up the way in which it can be sailed, traditionally the boat was set up so that the helm would take the mainsheet, with the final turning block attached to the cockpit floor of the boat. The benefit of this, was that it was possible to sail the boat to a good standard with a relatively inexperienced crew. This however made helming the RS800 quite a tricky thing to do as you had a lot to do. As other high performance skiffs developed and became more popular, there came the small rumble of pressure for the RS800 to allow an “off the boom” sheeting method, where the crew takes the mainsheet directly from the boom upwind. It was seen that the RS800 was missing out on potential entries into the class from youth sailors moving on from classes such as the 29er, but also people who didn’t want the complexity of an I14 or maybe the demands of campaigning a 49er. The overall forgiveness of the RS800 has allowed to introduction of this new sheeting method with a smooth transition, the initial fears of a performance gain from the “boom sheeters” has not materialised. We now see an almost 50/50 split in terms of set ups, with the results also relatively evenly distributed, the 2019 Nationals for example being won by the tradition helm sheeting method.

The RS800 is genuinely a fantastic performance boat which caters for a large range of sizes, but potentially more importantly, sailing ability. With a wide range of used boats available, from as little as £2500 there really is an entry into the class for everybody. Couple that with the approachable class members, even inexperienced sailors can be blasting around at 20kts plus in a short space of time. For further information on the RS800, please visit RS Sailing – RS800.