An insight into the competitive nature of the RS200 fleet! 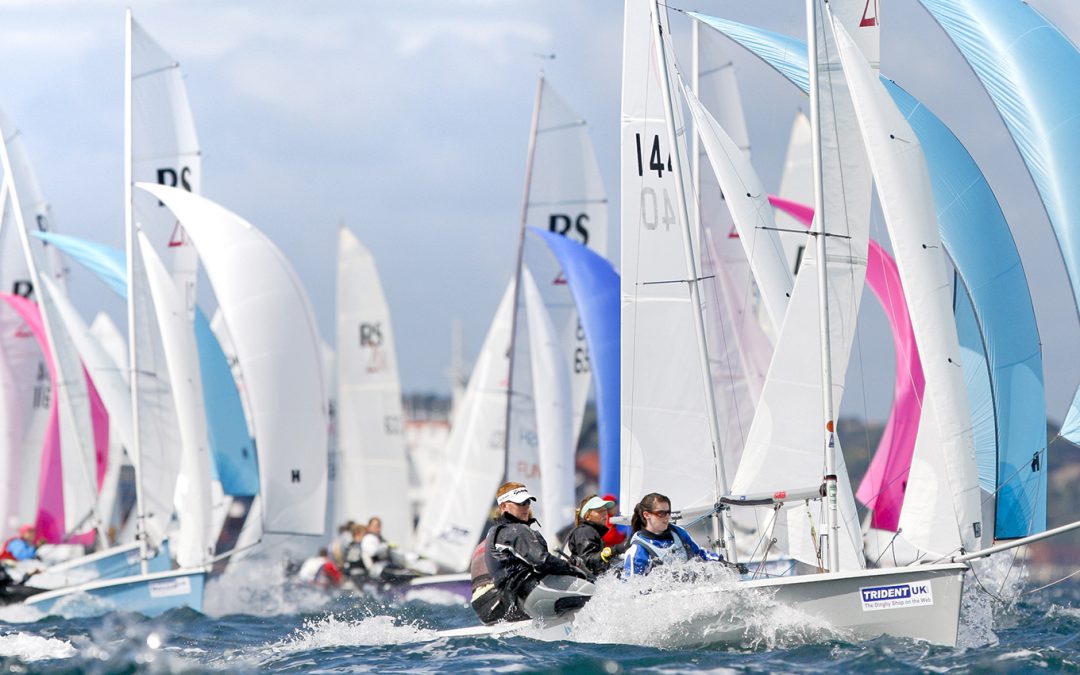 The RS200 fleet has grown hugely over the past few years with over 100 boats attending the 2019 National Championships hosted by the Royal Torbay Yacht Club. Now, it may seem trivial for the rabbits of the gate start to be wearing bunny ears and for the sailor who made the biggest mistake the day before to be wearing a dress while racing, but there is no doubt that behind those smiles are fiercely competitive sailors, planning their next tactical move.

The RS200 is a class that attracts sailors from all corners of the sailing world. With visitors from Australia, sailors that have never crewed before and helms that are seeking Olympic glory, the racing is guaranteed to keep everyone on their toes. James Peters, 49er helm in the British Sailing Team explained “I am so lucky to be supported by UK Sport and to be able to sail for a living and I always make sure I can attend the RS200 National Championships. I love having the opportunity to sail against other people of all different ages and from so many different classes.” James has competed at eight RS200 National Championships, the first one crewing for his dad and most recently, leading the week with kite foil racer, Maddy Anderson. “The boat is super simple to sail which means that everyone is going at a similar speed. It makes the racing really tight and tests my tactics!”

The simplicity of the boat is something that adds enormous value to the racing. Rival 49er helm, Chris Taylor, is racing with his girlfriend, Jess Slater who has not spent many hours in the boat. “The RS200 is very well suited to us because it is so simple. Jess can work the asymmetric spinnaker system with ease and all the other systems work so well that after teaching her once, she is off!”

The design might be simple but that does not mean there is any less to learn! The fleet are known for being friendly and welcoming, and newbies to the class representing the Royal Navy Sailing Association, Joe Howell and Coral Campbell are tapping into the wealth of knowledge in the boat park. Joe described “Everyone here is super competitive and incredible sailors. We have had so many silly questions about the boat set up and how to be faster but everyone is happy to answer them and help us out both on and off the water.”

Another new team to the class is Blake Latta and Eliza South who have recently transitioned from the RS Feva. Blake explained “The competition here is world-class. Everyone knows exactly what they are doing and it is awesome to be sharing a boat park with sailors who have achieved so much!”

There is a strong contingent from the British Sailing Team using the RS200 Nationals to add value to their Olympic journey. Dan Budden, British Sailing Team 49er crew describes “the boat itself is great. I am learning a lot from the other sailors about how they are setting it up to go fast. I am going to take a lot of lessons I have learnt this week back to my campaign.” Sailors from different classes and backgrounds have an equally awesome time at the event. Rick Longbottom and Daryl Bentley from Australia are normally found sailing a Taser but came over and borrowed a boat in order to compete in Torbay. Team racer, Meia Harnett decided to compete because of the high level of competition she explains “It is amazing to see all the top sailors from my youth fleet racing days and everyone is in the mix, anyone is capable of winning races!”

Well, it cannot be said that the RS200 fleet is lacking in talent! To catch up on the results from the 2019 National Championships click here or check out the RS200 Class Association website. Make sure to head over to the RS Sailing website to catch up on all RS news!