Bike vs Boat Challenge – The Result 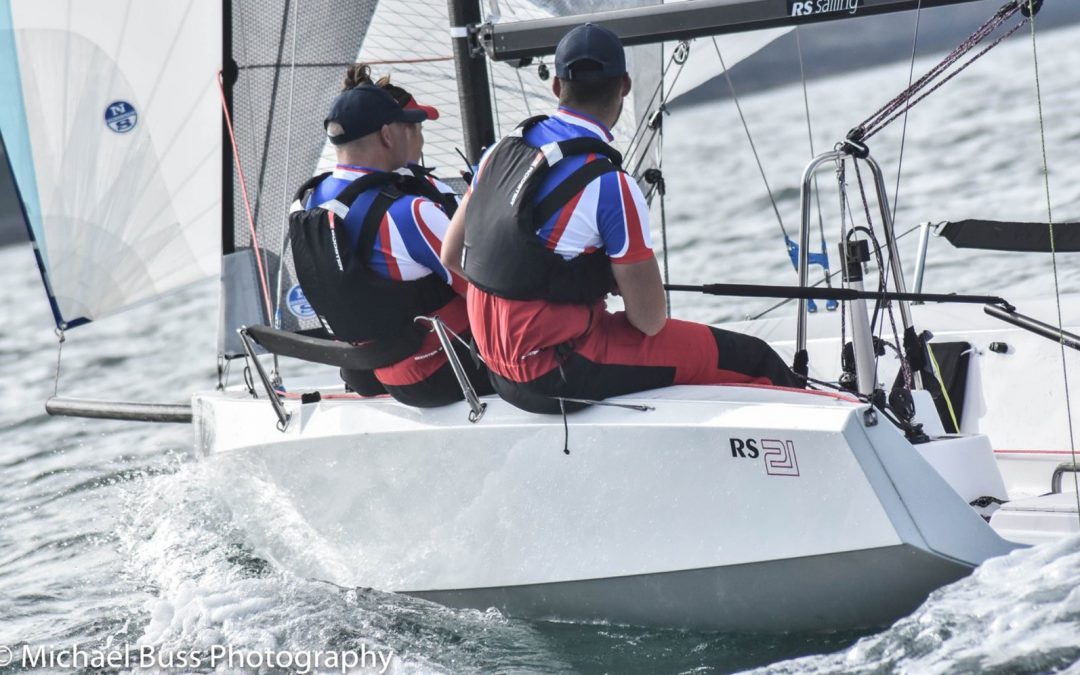 On Tuesday 12 June, two teams set off from Mount Batten, Plymouth to Portland Bill in a ‘Top Gear’ style race to raise money for the RAF Benevolent Fund.

With the support of RS and Rooster, the Sailing Team of Cameron Tweedle (UK U23 Finn Squad), Jon Tweedle (RAF, Finn) and Natalie Roach (Royal Navy, RS2000) used a shiny new RS21 keelboat for the event, with the RAF Brize Norton Cycling Team of Rich Meadows, Joe Colley and Adam Moyle sticking with their tried and trusted road-bikes. With the race being broadcast live on social-media and the SailRacer Trackers fitted to both boat and riders, supporters could monitor progress throughout the day from the comfort of their homes and offices.

The challenge was simple; Start at the same time and see who could get to Portland Bill the quickest. For the sailors this meant a voyage of around 90nm across Lyme Bay, but the route for the cyclists was to be a circuitous 120 miles, including a total climb of over 11000ft.  Rough calculations suggested it should be a close finish……

The start time of 0900 arrived with clear blue skies, a northerly 10-12 knots of breeze and the promise of warm temperatures, and the Teams departed in their different directions, excited by the challenge ahead.  The RS21 was moving nicely under spinnaker across the Sound, showing a good turn of speed in the relatively light conditions, while the cyclists started the first of many climbs as they left Plymouth behind.  As the boat passed Bovisand then turned south-east, it looked like the cyclists had a slight advantage when viewing the Tracker Data, but this was expected; the boat would be able to make up this deficit as it straight-lined across Lyme Bay later.

2 hours after the start though, the race element was effectively over as mid-way to Salcombe the breeze eased more and more before dying completely.  After weighing up all options, the decision was made to recover back to Plymouth (towed by the Support RIB) and to travel by road to support the Cycle Team as they smashed their way towards the finish.

At 1630 the Riders arrived at Portland Bill, having put in an incredible performance with lead cyclist Rich Meadows achieving a pure cycling-time of 7 hours and 30 secs to cover the distance.

The event has raised over £1000 so far for the RAFBF, and you can still donate via our Just Giving page. You can also enter our competition to win £250 worth of Rooster and RAFBF sailing and cycling gear, the same as that worn by the Teams.

It was a massive feat of organisation to put this event together and thanks must go to RS Sailing, Rooster Sailing and SailRacer for all their support. Despite the disappointing end to the race, there have dozens of messages asking us for a re-run, so hopefully later this year we’ll have another crack at it.