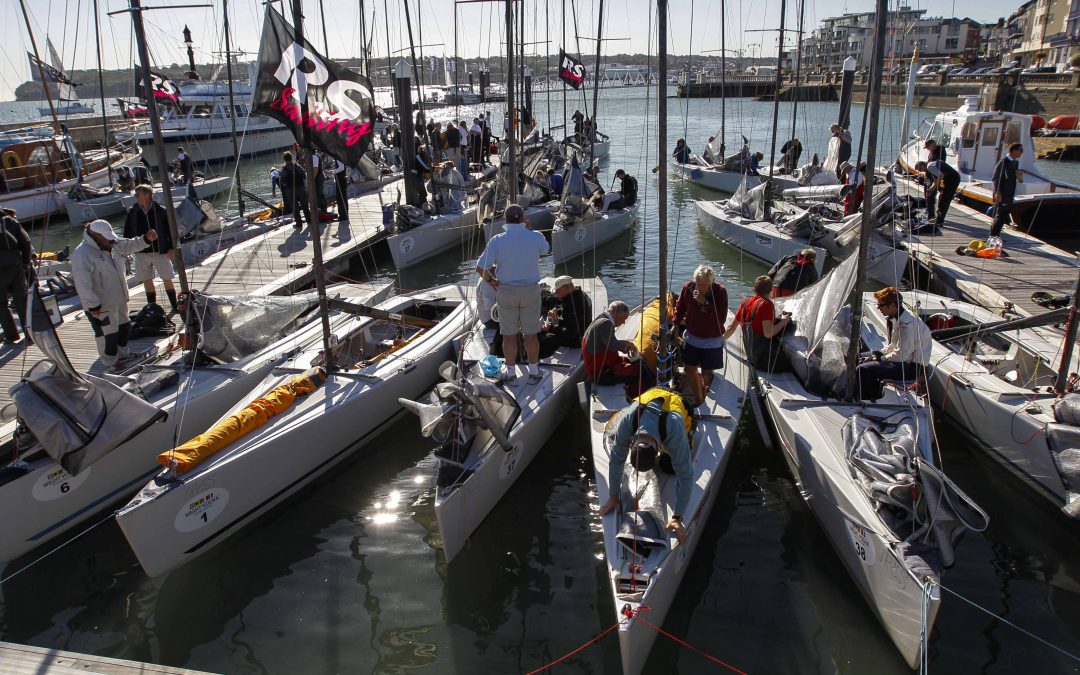 By the RS Elite Class Association

The largest ever gathering of RS Elites is set to take place at Cowes this summer, when the Royal Yacht Squadron will host the Brewin Dolphin RS Elite International Grand Prix, incorporating both the annual UK National championship and an invitational International Regatta for overseas entrants. In addition to the National Championship trophy, a new trophy will be awarded for the International event. Up to 60 entries are expected, and the event will take place from the 9th to 12th July. Entries are now open and numbers are already approaching one third of the target.

Designed by Phil Morrison in 2004, the RS Elite is a 21st Century version of the traditional racing keelboat such as the XOD or Swallow, originally intended for the waters of Chichester Harbour and similar venues. The fleet has grown steadily since the first production boats were delivered in 2004. The RS Elite has spread rapidly from its original base at Hayling Island Sailing Club, with additional UK fleets becoming established at Cowes, Burnham-on-Crouch, Belfast Lough, Strangford Lough and Guernsey, amongst others. Internationally, the fleet has spread to Antigua, Norway, Italy, Germany and North America.

As a strictly-controlled one-design, RS Elite racing is often extremely close and competitive. The keelboat has attracted top sailors, with a roll of honour which includes Olympic medallists, world and national champions. Past winners of RS Elite championship events have included Mike McIntyre, Ossie Stewart, Crauford McKeon, Russell Peters and Simon Brien, all of who have achieved notable success in other classes.

The Brewin Dolphin RS Elite International Grand Prix is a new event in the calendar and is already arousing a great deal of interest. Event organiser Charlie Egerton-Warburton has been working tirelessly for more than two years to ensure it meets expectations. British financial services group Brewin Dolphin has recently been named as Headline Sponsor and Italian sailing clothing company Toio, which has a retail outlet in Cowes, has been named as Official Clothing Supplier. Further sponsorship and affiliation announcements are expected soon, including from amongst the very best Isle of Wight and marine companies.

This is the second time the RS Elites have held a championship event at the Royal Yacht Squadron. The highly successful UK National Championship in 2012 attracted an entry of more than 40 boats and, given the growth of the fleet both nationally and internationally since then, 60 boats come July seems both reasonable and manageable.

The RYS is well known for its excellent race management. Racing will be conducted from a committee boat in the central Solent, with three races per day planned for the first three days and a single race on the final day. On a day to be nominated by the race committee, there will also be a “race to the start” for charitable fund-raising purposes prior to the championship racing proper, starting on the RYS line and finishing at the committee boat. Spectators ashore interested in taking a closer look at these sleek and nimble boats will be treated to the spectacle of this highly competitive fleet jostling for position on the famous Squadron Line as the cannons boom.

RS Elite sailors have a reputation of being highly sociable and are known to enjoy a good party. The RYS mounts fabulous social events and the spectacular off-water entertainment scheduled for this year’s regatta looks set to surpass the high standard set when the Elites last visited. The full social programme is due to be announced later this month and will include a formal class dinner in the RYS Pavilion on the Saturday plus various themed suppers on other evenings, each accompanied by memorable artistes.

2020 will be a very special year for the RS Elite class with the Brewin Dolphin International Grand Prix as the flagship event. Entry is now open via the RYS website.