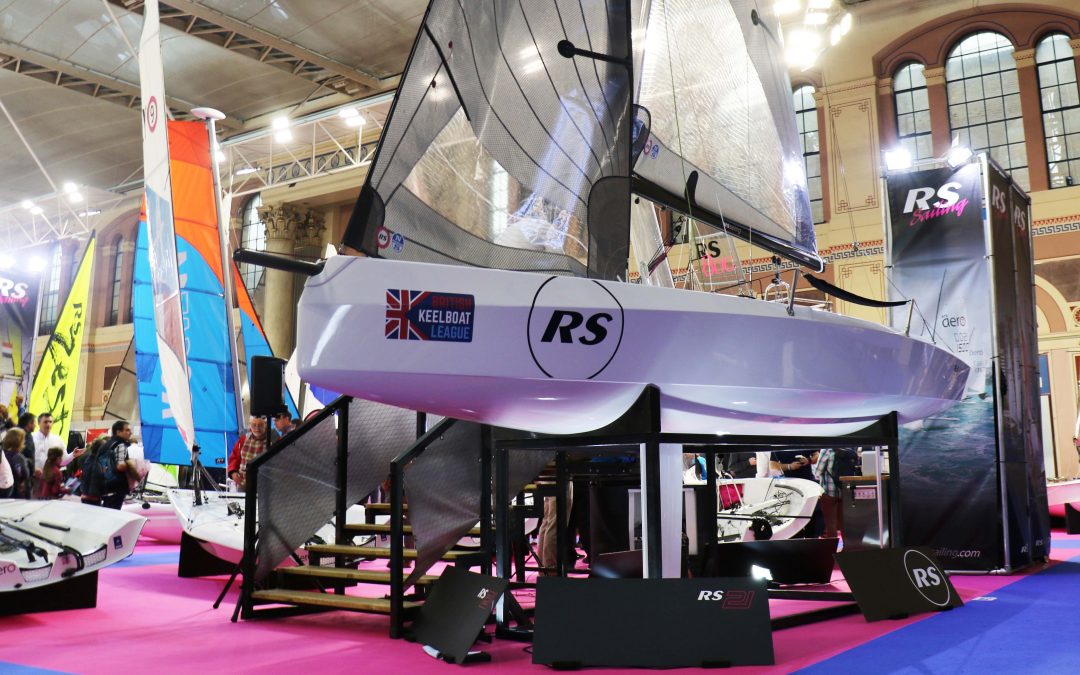 One of the highlights for RS Sailing at the RYA Dinghy Show this year was the launch of the British Keelboat League (BKL) and the announcement of RS Sailing as an Official Partner. We are proud to be supporting the BKL with event logistics and supplying a fleet of RS21 keelboats. The launch was celebrated with friends from all corners of the sailing community and hosted by RS Sailing Keelboat Manager Steve Dean and RYA Keelboat Manager Jack Fenwick. The Keelboat Managing duo’s presentation detailed the concept behind the British Keelboat League and essential information for the qualifying events being hosted around the country.

The aim of the BKL is to increase participation in keelboat racing across the United Kingdom and as newly appointed RS Sailing Keelboat Manager Steve Dean explained, “you don’t have to be a hardcore keelboat sailor to get involved.” The league is an inter-club racing competition that provides an opportunity for sailors to represent their club, racing against other teams from around the UK in a #rockupandrace keelboat sailing format.

This is achieved by reducing some of the typical barriers to participation in keelboat racing. First and foremost, the boats are provided for teams by the British Keelboat League. Racing will take place in RS21’s at all but 1 of the 7 qualifiers (Eastern Qualifier to be raced in Hunter 707’s) and the finals weekend. Secondly, the supporting sponsors Bainbridge, Selden and RS Sailing in addition to the support of each host club has made the event great value for money at approximately £5 per crew member per race (provided the weather promotes good sailing conditions). This will mean teams are able to simply show up at their qualifier with a buoyancy aid and just jump in their boat and go. #rockupandrace

Teams will then rotate between the fleet of boats competing in a series of short “sprint” races, each lasting around 15 minutes. By the end of the 2-day qualifying event, the top 3 teams will progress to the national final later in the year. The finals weekend promises to be, not only an excellent showcase of keelboat racing, but also a spectacular party at 60 Knightsbridge. The Royal Thames Yacht Club will host teams from the finest keelboat racing clubs in the United Kingdom from the 27th – 29th September 2019.

RYA Keelboat Manger Jack Fenwick, expressed how fundamental clubs are to the running of the newly formed British Keelboat Association, “this is about clubs, not individuals.” Sailors interested in the association and the league, are encouraged to become members of the British Keelboat Association to shape to future of keelboat racing in the UK. Jack said, “we’re going to stop telling people what to do and start asking how people want to make it happen.” Membership is free and interested sailors can register through the dedicated British Keelboat League website at www.britishkeelboatleague.co.uk. The website has been designed to compliment the launch of the BKL and to share every detail of the action throughout the year. You can also keep up to date with British keelboat League developments and event through the facebook page.

Recognising that some people entering their respective BKL qualifier may not have much experience in racing keelboats, a training day will be hosted the day before event starts. This will be provided at no extra cost to team’s event entry.