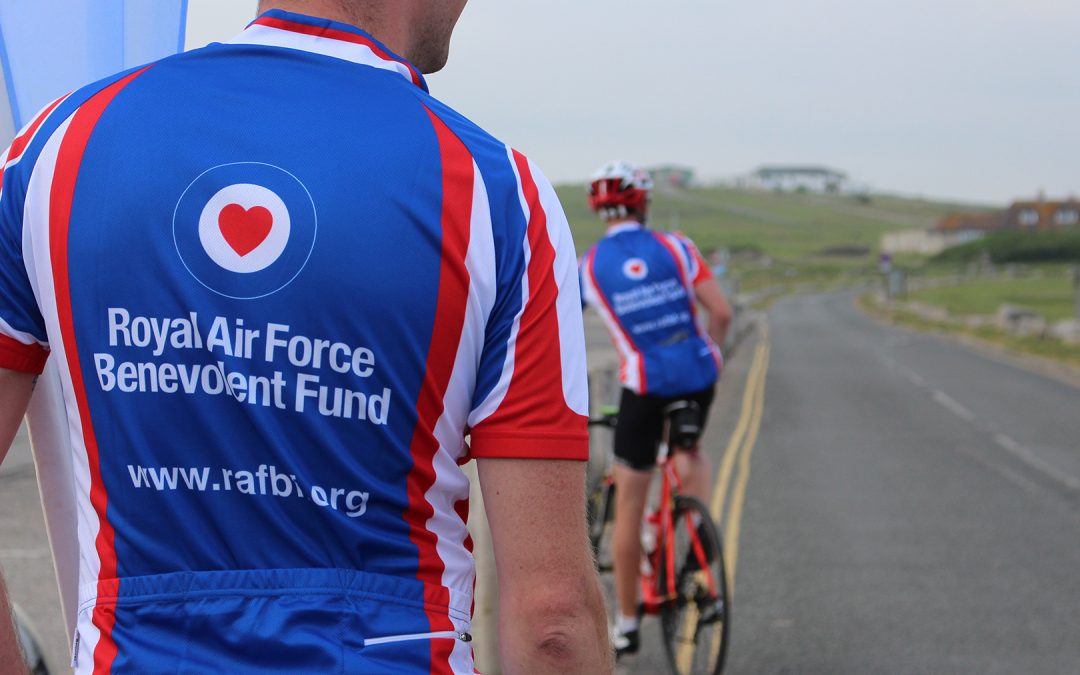 A team of sailors will take on a team of RAF cyclists across a 100-mile course to mark the Royal Air Force’s 100th anniversary, next week. The teams will travel by sea and by bike from Plymouth to Weymouth in a race to the finish line and to raise funds for the RAF’s leading welfare charity, the RAF Benevolent Fund.

The race is the brainchild of Flt Sgt Jon Tweedle, also a keen sailor, and father to Olympic hopeful Cameron who will skipper the brand new RS Sailing boat which has been loaned to the crew for the challenge. Both Jon and his son are accomplished Finn sailors, with Jon a former RAF Sailing Champion and Cameron currently ranked as 53rd in the world.

Jon, who is currently stationed at RAF Brize Norton as a C17 loadmaster, said: “The RAF Benevolent Fund have been ever present in the RAF’s history, always there when we need them so it seemed a perfect fit to support them with this event in the RAF’s 100th year. The race will be a real challenge, with the sea crew having to overcome the elements, while the land team race along a demanding, undulating course.

“And naturally, we both want to win so I reckon it’s going to be a close call!”

The Tweedles will be joined by Royal Navy sailor Natalie Roach, who brings with her a wealth of competitive dinghy racing experience as well as being part of the current title-winning Inter-Services Royal Navy Sailing Team. The trio will be sailing in a state-of-the-art RS21 Keelboat, provided by RS Sailing, launching from Plymouth’s Mountbatten Centre on June 12 (weather permitting).

RS Sailing Managing Director – Sales Jon Partridge said: “RS Sailing have been at the forefront of boat design and are delighted our latest creation, the RS21, will be put to the test for this challenge. We’re excited to be a part of the RAF100 commemorations and look forward to seeing who is victorious on the day!”

Putting foot to pedal on the hilly coastal roads will be 10 members of the RAF Brize Norton cycling team, whose members include a number of national and international competitors.

RAF Benevolent Fund Regional Director Paul Hewson said: “What a way to mark the centenary! This is an incredible challenge which I am sure will be a great spectacle. The RAF Benevolent Fund has stood side by side with the RAF Family since the beginning, something we couldn’t do without the support of fundraisers like Jon and his son Cameron. Their determination to raise funds and the profile of our charity is laudable, especially in this, the RAF’s centenary year – good luck!”

The challenge will finish at Portland Bill in Dorset. If you would like to support Jon and his comrades click here.