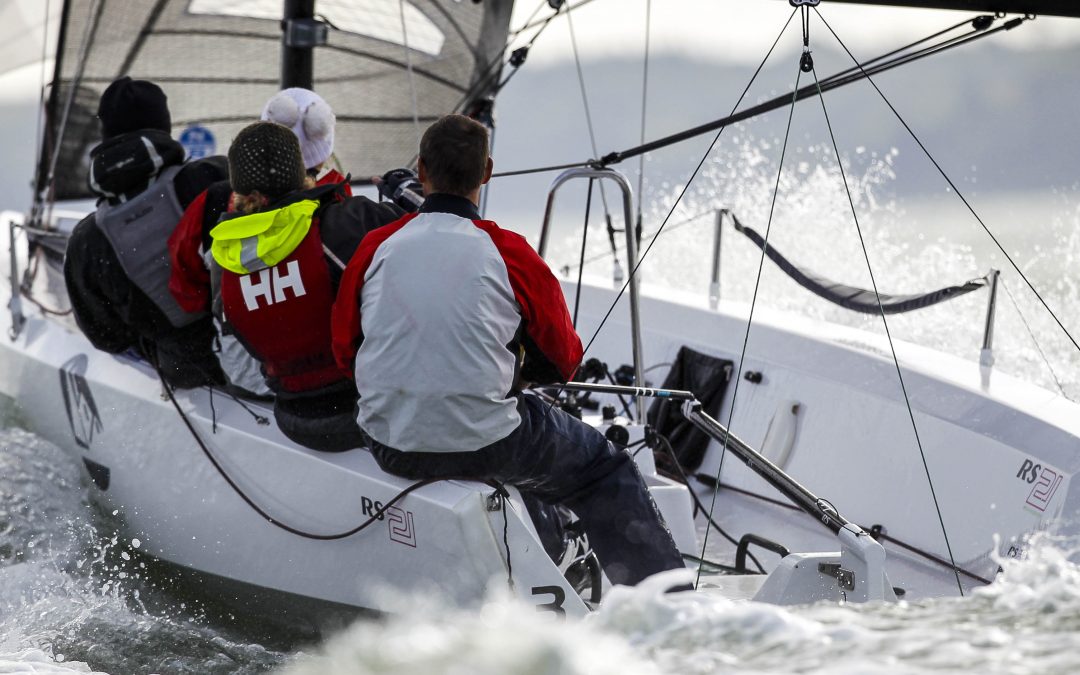 The Resolute Cup, a Corinthian championship for U.S. yacht clubs, will return to its original format in 2020, utilizing two fleets of keelboats for the sixth edition of this signature biennial competition. The 2020 Resolute Cup will be hosted by the New York Yacht Club Harbour Court in Newport, R.I., September 14 to 19. A two-day qualifying series will see teams of amateur sailors representing yacht clubs from around the United States split their races between fleets of 23-foot Sonars and 21-foot RS21s, built by RS Sailing, based in England. The championship fleet will sail exclusively in the RS21s while the silver fleet will sail the Sonars over the final two days of the event.

“We’re very excited to partner with RS Sailing to bring the RS21 to the Resolute Cup,” says Chris Culver, Vice Commodore of the New York Yacht Club. “This event was created to reward the best team from the strongest club, not necessarily the sailors with the most experience in a certain class. Using two very different designs—one with a traditional spinnaker, the other with an asymmetric flown off a sprit—will ensure that the 2020 Resolute Cup champion is truly the best team of amateur sailors in the event.”

The Resolute Cup was first run in 2010 as the U.S. Qualifying Series for the Rolex New York Yacht Club Invitational Cup. The biennial regatta, which is sailed out of the New York Yacht Club Harbor Court, has since developed an identity of its own as yacht clubs from around the United States send their best amateur sailors to Newport, R.I., to compete for national bragging rights in addition to a trip to the Rolex New York Yacht Club Invitational Cup, sailing’s premiere international Corinthian big-boat regatta. The 2020 Resolute Cup will be sailed in the New York Yacht Club’s fleet of 23-foot Sonars and a fleet of RS21s provided by RS Sailing. With provided sails, equalized rig tune and a regular boat rotation, it’s a true one-design event. The regatta takes place September 14 to 19.

Racing in two distinct fleets of boats was a hallmark of the first four editions of the Resolute Cup. The Club’s fleet of Sonars, designed by longtime Club member Bruce Kirby, have been a consistent part of the regatta, while the second fleet has rotated through a series of designs. In each event, however, winning the regatta required seamlessly adapting crew responsibilities, tactical strategy and boat speed techniques to each design. Teams intimately familiar with one of the designs found any advantage muted by the dual fleets and the regatta’s use of identical, provided sails and standardized rig tuning. Perhaps more than any other event in sailing, the Resolute Cup is decided by a team’s skills, cohesion and sound decision-making on the water.

The RS21, the first keelboat specifically designed to be universally used by clubs and for one-design racing, will be a new challenge for most, if not all, of the 24 teams expected to compete in the 2020 Resolute Cup.

“It’s a pleasure to be working with the New York Yacht Club on this prestigious regatta,” says Jon Partridge, CEO of RS Sailing. “The RS21 has been designed to enjoy competitive one-design racing without complex decisions to allow all skill levels of sailors to participate. The powerful rig is exciting, yet balanced by well-mannered boat behavior and an ergonomic deck layout to ensure everyone racing has a key role. Teams that have never previously sailed an RS21 will quickly find their rhythm and be competing at the head of the pack.”

As an amateur-only event, the Resolute Cup is known both for the intensity of the on-the-water competition and the camaraderie onshore. Competitors gather each afternoon to rehash the days action on the water, renew old acquaintances and make new friends. On-the-water judging eliminates lengthy and often contentious protest hearings, enabling competitors to fully enjoy their time at the regatta.