Round the Island Race 2019 – RS21 wins the Sportboat Class 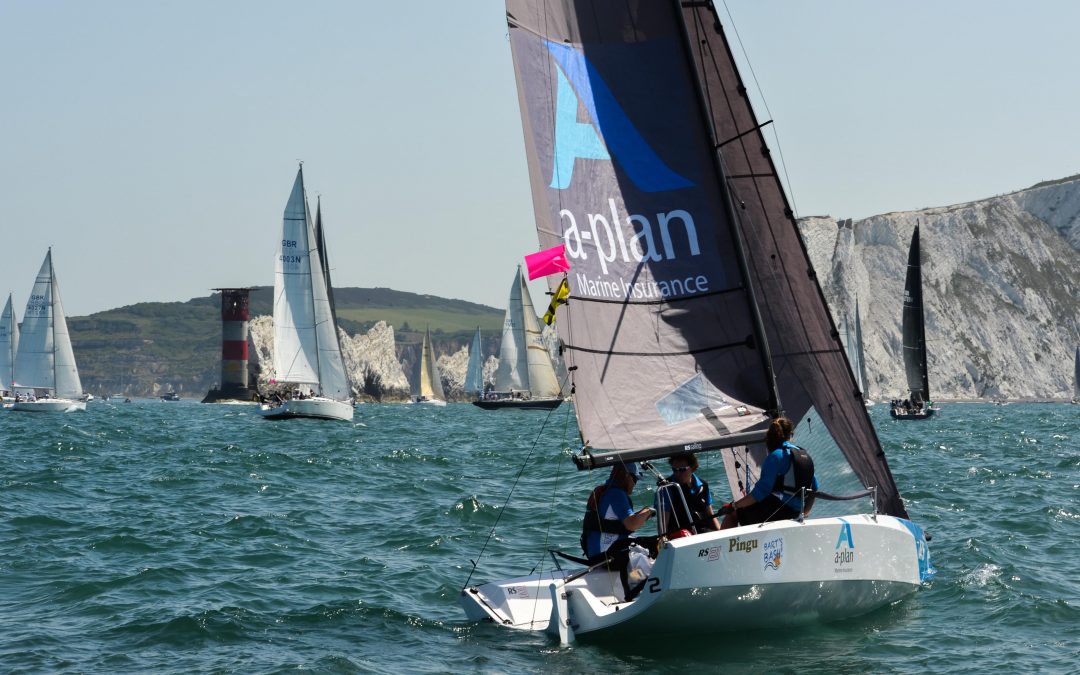 At 21:52 after 14 hours, two and a half minutes of racing the first RS21 team crossed the Round the Island Race finish line, winning the Sportboat Class in the RS21.

Not shy of a challenge, the RS21 teams showed huge determination by completing the 50 nautical mile course around the Isle of Wight. The infamous race started on the Royal Yacht Squadron start line from Cowes, the fleet then raced west, down to the Needles. Once around St Catherine’s Point and Bembridge Ledge buoy, the fleet battled back into the Solent to the finish line at Cowes.

Skipper of the winning team Malcolm Stewart, Branch Manager, A-Plan Commercial Marine Insurance summed up the day, “This was the most enjoyable race we have done and although long and hard work, it was great fun”.

Racing alongside the A-Plan crew in RS21s were two teams of up and coming youth sailors from the British Keelboat Academy. One lead by current BKA member, Emma Crane in the PA Consulting boat, the other by Alumni member, Calum Healey in the MDL Marinas boat. RYA Keelboat Manager, Jack Fenwick reflected on the day “it was an incredibly testing day on the water, a real snakes and ladders affair, lots of shutdowns in the breeze. Having fought for first place with the A-plan boat the entire way Calum and his team took the decision, with the majority of the fleet, to accept a kind offer for a tow home from Bembridge I’m really proud that Emma and her team stuck it out until the bitter end. They sailed really well and I watched them closely on the water and the tracker as they never stopped pushing the whole way, at the finish, there were less than two minutes between them and the A-Plan team and on the dock they said if the race had been just a bit longer they would have got them. Myself and the entire team in the RYA racing department were gutted this morning when we were going over the results to see that after such a long day on the water the team had crossed the wrong finish line and their second place result would not stand, even so, we could not be more proud of their achievement and I am pleased to hear that RS Sailing have kindly offered them a boat for next years race to right this wrong.”. 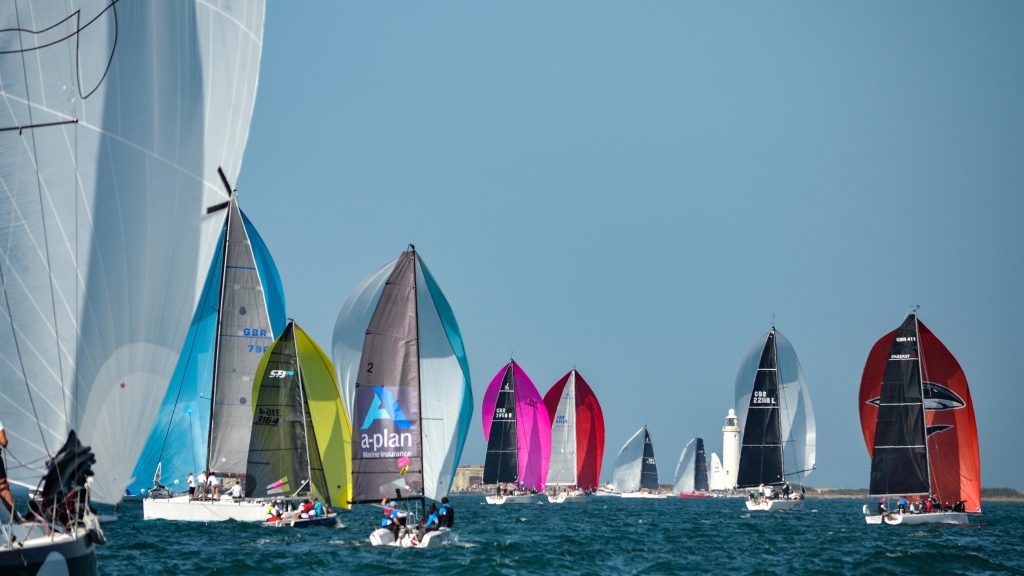 Starting with great breeze and the tide underneath them, the RS21s blitzed down the western Solent with their kites up. The wind started to moderate and become less stable as they headed downwind past Hurst Castle and by the time they reached the iconic Needles the wind had all but shut off. With the Solent’s infamous current trying to rip them westward to Poole, the teams worked hard to make headway towards St Catherine’s.

The fickle conditions caused much more dispersal of the fleet which opened up the opportunity for gains to be made throughout the 1210 boat fleet. Once at St Catherine’s the teams crept east around the back of the Isle of Wight in uncharacteristically blistering heat. Although the tricky conditions were challenging there were still some great moments, Malcolm Stewart shared a particular highlight for him “we were sailing around some 40ft racing yachts in 8 knots of wind, the RS21 kept moving in the lighter stuff.”

Having fought the current through to Bembridge, the tide finally turned in their favor as the teams fought onwards, back into the eastern Solent. With dying light adding to their list of challenges, the teams had about 6 knots of breeze and the full force of tide underneath them to carry them across the finish, with the first RS21 finishing at 21:52. Having spent the best part of 15 hours in the boat Malcolm was really positive, “The RS21 was a delight to sail, easy to rig (and de-rig in the dark!), steering was light and responsive, controls all work easily under load and she reacts well. Loved the boat – absolutely loved the boat”.

With 1210 boats entered, A-Plan were determined to be part of the 283 boats that finished the race but the win in the Sportboat Class was certainly the icing on the cake for this determined team. The team proudly headed to Official Race Village stage on Sunday afternoon to collect their prize at the Official Prize Giving. Check out the Sportboat Class results here. Huge congratulations to all the teams that battled through a long day that ranged from awesome to agonising conditions. Bring on Round the Island Race 2020! 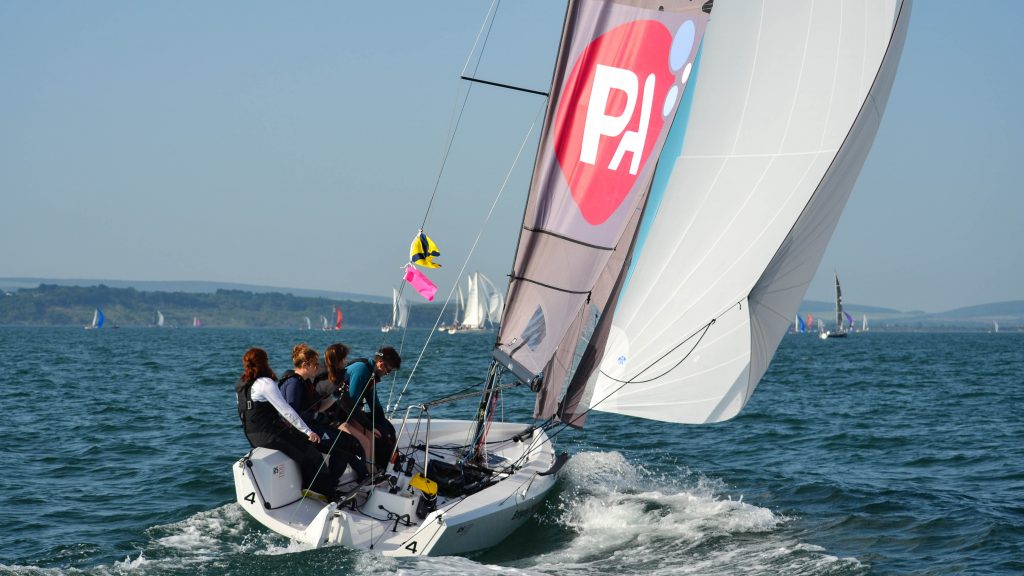