RS Games 2018 – the largest one-design event in the UK 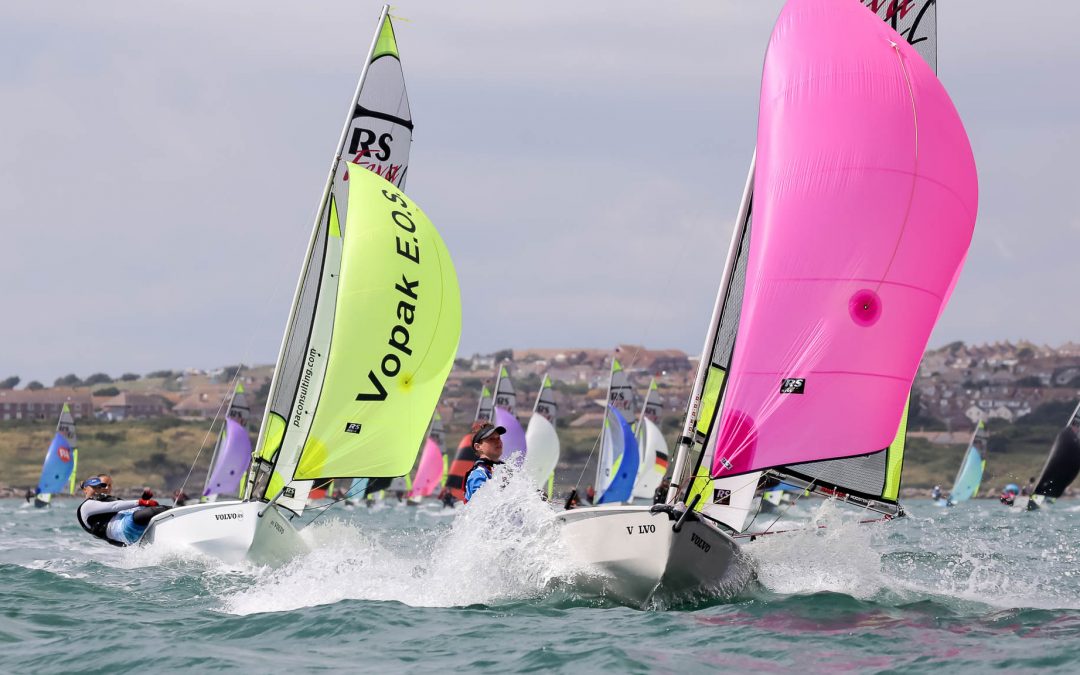 For 3 weeks in August WPNSA, the 2012 Olympic Sailing venue, played host to the largest one-design dinghy event the UK has ever seen. The RS Games celebrated almost 25 years of RS sailing and brought together all the RS racing fleets and sailors aged 8 to 80 from across the world.

1300 sailors in nearly 900 boats from 30 nations descended on the Academy for a festival of enthusiasm and competition in our sport.

RS sailing sees sailors move from fleet to fleet, make friends for life, meet life partners and have children who are then introduced to the sport through junior RS fleets. It’s what RS Sailing is most proud of. The RS Games saw many family members in the same boat, or competing against each other or racing in another RS class.

WPNSA is one of the few venues worldwide with the experience and space for such an enormous event and it absolutely delivered. Weymouth Bay and Portland Harbour provide some of best and most versatile race areas and CEO Peter Allam and PRO Peter Saxton brought together a world-class race committee to run racing that did not disappoint. Over 2000 volunteer roles, 18 ribs and 9 race teams give a snapshot of the scale.

“The RS Games have been a huge task for the Academy, and I’m very proud to say our team of staff and volunteers have put every effort in, to deliver what has been an amazing event. It was a great pleasure hosting so many RS sailors over the three weeks of the Games and we are very grateful for the positive feedback we have received.’’

RS sailors far and wide shared the Games through the media channels, with live streaming of the RS Tera World Championships and RS Feva European Championships to keep parents and spectators on tenterhooks. The daily RS Breakfast Live! Show gave a flavour of the previous day (and night!) with interviews, weather reports and general information for sailors and spectators.

Martin Wadhams, Chairman and co-founder of RS Sailing reflects on the RS Games, “When Nick Peters, our small team and I launched RS we really couldn’t foresee this. But the camaraderie grew fast and the spirit of RS, created by the sailors and Class Associations, has made it possible. We’re incredibly proud of the RS community and our boats so a massive thanks to everyone who made it possible and to the sailors for taking part!”

If you missed any of the live coverage, videos or images from the event they can be found on both Facebook and YouTube, as well as RSsailing.com.

Race reports can be read at RSsailing.org