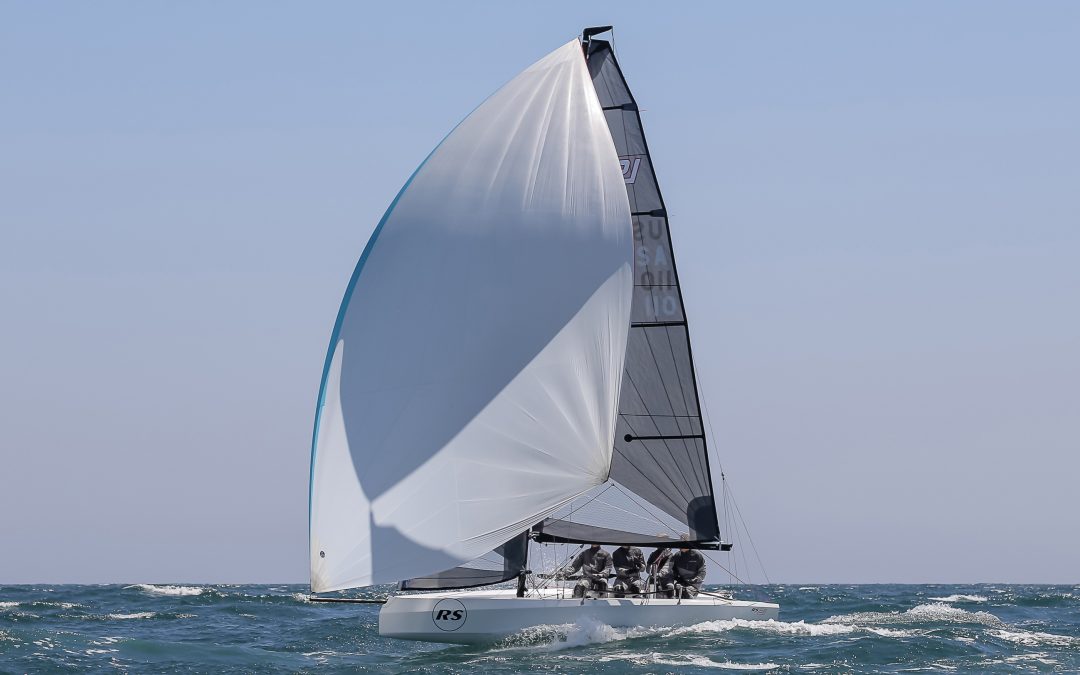 Starting a new sailing class isn’t a simple recipe. But if the boat is easy to sail, fast to drive, and fun to race, it just might catch on. Enter the newest small keel boat: the RS21, which made its debut at the St. Petersburg NOOD regatta on Feb. 15-17. With just two entries among a mixed PHRF class of much larger yachts, the RS21 began its charter season without an established one design fleet.

One of those charters, Tampa-based Chip Merlin, owner of the 1977 68-foot racing yacht Merlin, got back to his small-boat roots, learned it’s still possible to teach an old dog new tricks, and got a taste for a new modern design during the regatta. Merlin and his crew took the boat for its first charter event, digging in with their own motto of “fast is fun” and finding meaning with the mission of RS Sailing to get more people sailing.

The event brought on light and moderate conditions, giving the team a chance to see everything the RS21 can do. At 21 feet, the keel boat sails with a crew of four and has been poised to fill a niche between the J70 and Viper 640.

Merlin’s main takeaway from the design was its stability and ability to handle like any other small boat.

“While it’s a keel boat, it still handles an awful lot like a small dinghy. We were surfing it downwind.”

On a close reach, boat speed topped out at 13.5 knots for Merlin’s team over the weekend. Still, it was approachable for every member of the crew.

“I’m going to be 60 years old next month, and you just don’t move as fast as you used to. And so, I found that for a 21-foot boat with a more modern design, older people can get on it,” he said. “I used to teach sailing lessons and that’s how I made all my money when I was a kid growing up. I was thinking, god, if I had a boat like this when I was teaching lessons, it would be more meaningful for those who were more advanced juniors who wanted to do it, but I could still put three novice sailors with very little experience on the boat because it is stable enough to do.”

The charter for Merlin’s crew was an opportunity to continue racing and improving on their skills while the yacht Merlin is getting ready for its next Transpac race. The experience of chartering smaller boat keeps the team dynamic, enables Merlin to bring new sailors into his sailing circle, and helps him keep improving as an individual sailor. Not to mention, he enjoys seeing other boats nearby where he can gauge his mistakes and successes right away.

“Merlin is like a thoroughbred racehorse. I’m going to race it five to six times a season, and that’s it,” he said. “It’s a big thing, and you’ve got to get a lot of people and prepare for an ocean race. So, it’s like, how do you get better on your own? I think the smaller boats always come out in terms of a quicker feel, and for me, it’s what I grew up racing on –– the dinghy racing with close competition. When you’re making little mistakes and doing things right, it shows up very, very quickly on boats that are so evenly matched. And it’s a lot of fun doing that.”

The boat, he says, is the “ultimate class racing boat for intraclub regattas.” Easy to set up and step on, there’s a greater opportunity to match the sailing skill and boat skill, he said.

“Don’t get me wrong, there are enough setting s on the jib and stuff [to make changes], and we were confident with playing that back and forth. Making small changes in the waves, because the boat does have a low freeboard. [Thinking about windspeed] – should you be pointing or driving takes a lot of discussion between the guy on the helm and his feel and the people who are trimming at the same time.”

Compared to another popular intraclub boat, the sonar, Merlin found more opportunities to engage with the RS21 design.

“Everybody who sails a sonar is going to get upset with me, but [that]’s an ancient boat, ancient technology,” Merlin said. “And the truth of the matter is that they just don’t feel the same. [The RS 21] is much more responsive.”

With its own one-design fleet for the upcoming San Diego NOOD and Charleston Race Week in April, Merlin has some advice to those hopping in an RS21 for the first time.

“Go out and get a little practice. It’s easy to pick and start racing it, but like every other boat, you have to know what the lines are and know what to do,” he said. “My crew wasn’t used to it either, and you need a little bit of practice. Other than that, it’s such a simple boat. Do the things you were taught to do – there’s nothing tricky about this boat. Whoever designed it that way had that in mind. Anybody can go out and race.”