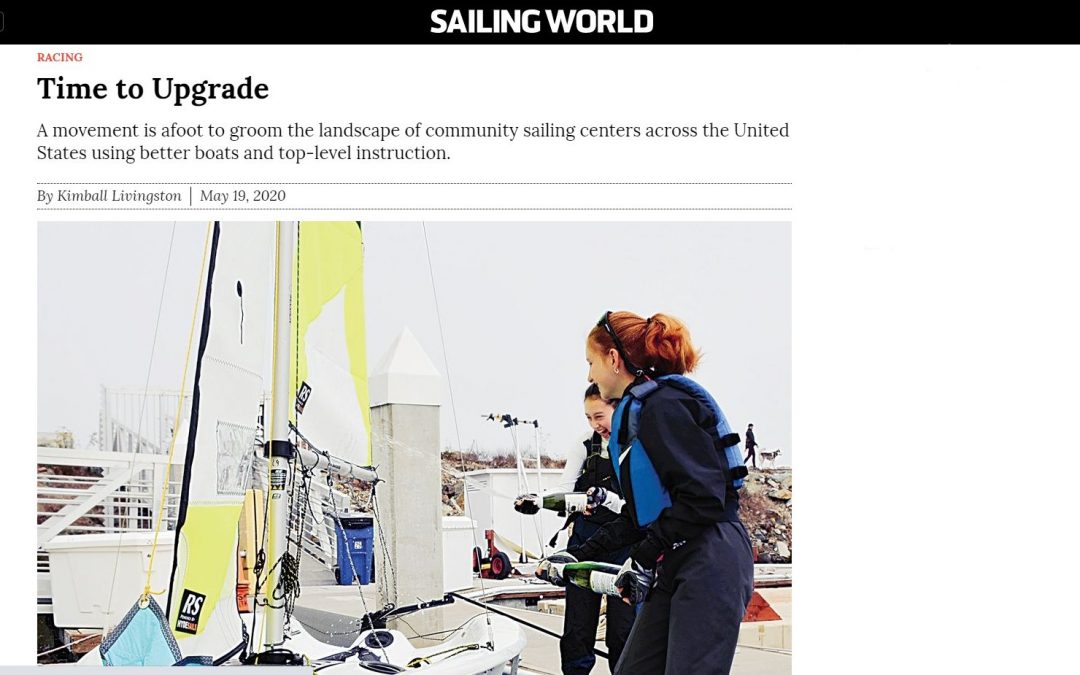 An Article from Sailing World written by Kimball Livingston

A movement is afoot to groom the landscape of community sailing centers across the United States using better boats and top‑level instruction.

“Transformational” is only a word—unless it sticks. Tom Siebel wouldn’t aim lower. He’s had a great run in tech, lately in artificial intelligence, and he’s out to make a difference. Typical of tech-sector folks, Siebel is fond of another word: disruption. Here’s a guy who has sailed all his life, raced MOD70 trimarans, campaigned a J Class yacht, raced whatever because “sailing is magical,” and now, in partnership with US Sailing, he’s launched a nationwide initiative funding quality boats and quality coaching for community sailing venues: the Siebel Sailors Program. Two more words—opportunity and ­diversity—are also in play. Familiar words. Some people hear them too often, to no effect. What we haven’t seen before is what is on tap now—well-funded levels of resource and support. Maybe, just maybe, this has legs.

As skies warm and the ­season kicks off, there will be networks operating around five regional centers, including the Columbia Sailing School in Chicago and DC Sail in Washington, D.C. Two more are in the lineup, South-Central Florida and the Pacific Northwest. The Siebel Sailors Program soft-launched this past fall on San Francisco Bay, where three fleets of new RS Fevas took to the water, and young Anna Novolt, drying off from her first sail, was inspired to declare, “I don’t know when I’ve been more excited about a boat.”

And for once, the boat is key—but there’s much, much more…

Read the article in full by clicking here.