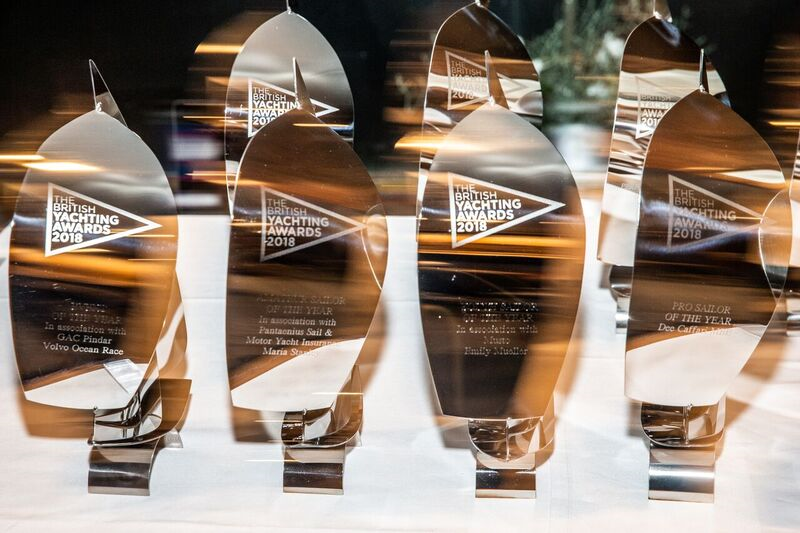 After thousands of votes cast by the readers of leading sailing magazines Sailing Today and Yachts & Yachting magazines, for the very first time, The British Yachting Awards were presented on Tuesday 11 December at The Royal Thames Yacht Club in Knightsbridge, London.

Editors Georgie Corlett-Pitt and Sam Jefferson greeted the buzzing crowd and celebrated a whole host of exceptional deeds, with records falling left and right, new products that have impressed, and individual and team performances that set new standards.

Clearly the talent on offer inspired the sailing public, with thousands of readers voting for their favourites in a diverse range of categories, from Cruising Grounds to Racing Performance. The votes in many cases were extremely tight, reflecting the strength of the sport and its increasing diversity.

Gender parity and the need to redress the historic imbalance has been a hot topic. From the Volvo Ocean Race’s introduction to the gender rule, which actively encouraged female participation, to the continued drive to see the sport represented equally at the Olympic Games, we are seeing more women than ever being given centre stage.

From Pro Sailor to Youth, this has been a year that women have been an absolute force in sailing. We have seen the first female winners of the Volvo Ocean Race in Carolijn Brouwer and Marie Riou, who, along with the rest of Dongfeng Race Team won our Racing Performance of the Year Award. Dee Caffari led a 50:50 male and female team packed with fresh young talent in the same event and was a clear winner with the public in our Pro Sailor of the Year category.

Elsewhere, Maria Stanley – the first female helm to win an adult RS championship – and Emily Mueller – Optimist National Champion – are both further testament to the strength of female talent. Finally, the panel has awarded both the prestigious Outstanding Achievement Award and inaugural Under 30s Award to highly deserving female sailors Tracy Edwards and Nikki Henderson respectively.

A big thank you goes to The British Yachting Awards 2018 sponsors: