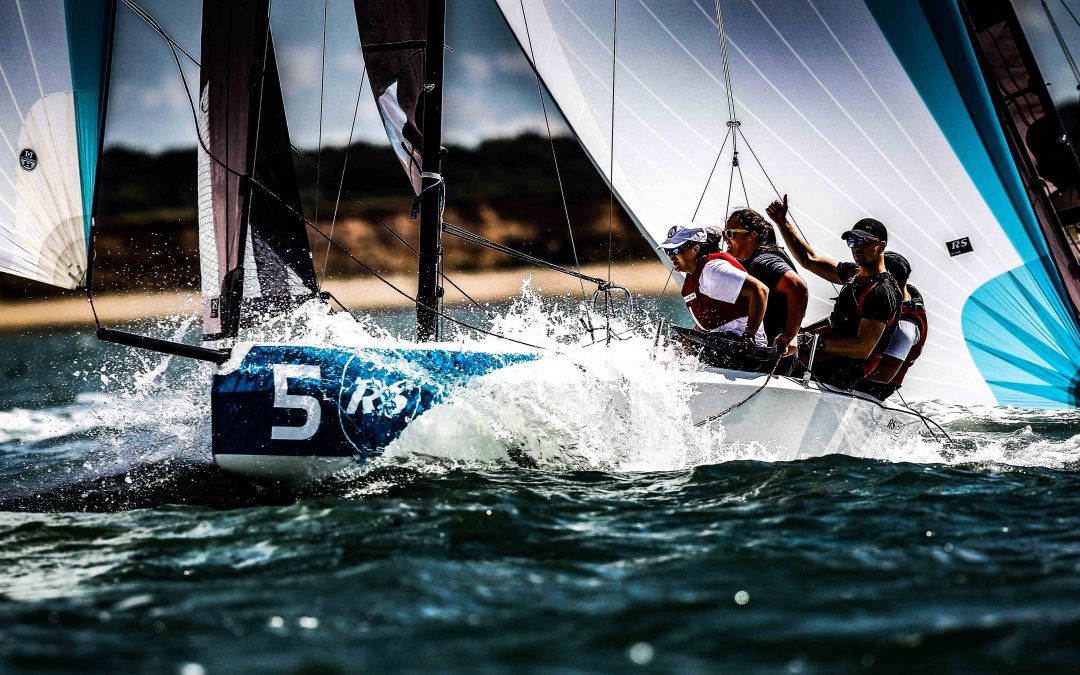 We are incredibly proud to announce that RS Sailing have formed a new partnership with the Sailing Champions League. The RS21 has been chosen as equipment for the Travemünde qualifier in Germany. We couldn’t be prouder to see the RS21 used for its ultimate design purpose on the world stage.

The SAILING Champions League (SCL) dates and venues for the seventh SCL season are set. The three qualifier events before the final in Porto Cervo, Sardinia, will be determined from the best five sailing clubs of all the National Sailing Leagues in Europe. For the SAILING Champions League will be held in Germany and Finland for the first time. The draw that took place on Thursday evening determined which of the three rounds the clubs will sail for a ticket to the final.

The reigning national champion from Finland, Åländska Segelsällskapet, will be the first-ever Finnish host of the SAILING Champions League from 11 to 14 June in Mariehamn. The second qualifier will follow from 23 to 26 July in Germany as part of Travemünde Week. The third and last qualifier will be held from 13 to 16 August at St. Petersburg Yacht Club, in Russia, as in previous years.

For the first time in the history of the SAILING Champions League the RS21 will be raced at Travemünde. Michiel Geerling from RS Sailing proudly announces the new partnership with SAILING Champions League: “RS Sailing have specifically developed the RS21 for the purpose of league racing, an affordable boat designed for real teamwork and close one-design racing. The International Sailing League Association has created a racing formula that we believe ups the game for sailing events now and in the future. We are thrilled to be contributing to the forward-thinking racing concept by supplying a fleet of RS21’s for the SAILING Champions League qualifier in Travemünde.“ In previous seasons J/70 keelboats have been used so its huge recognition for the RS21 as an emerging class.

32 clubs will compete against each other at each qualifier, with the best nine qualifing for a spot in the final at Yacht Club Costa Smeralda in Porto Cervo, Sardinia. At the final they will meet the best three clubs of the SAILING Champions League and Asia Pacific. In the region of the defending champion Royal Sydney Yacht Squadron, the qualification for the SAILING Champions League final has already started in January at the Royal Geelong Yacht Club. The three clubs from the Asia Pacific region that will make it to the final in Porto Cervo will be decided in April during the season final in Sydney, Australia.

The list of the qualified sailing clubs of the SAILING Champions League season 2020 can be found here.