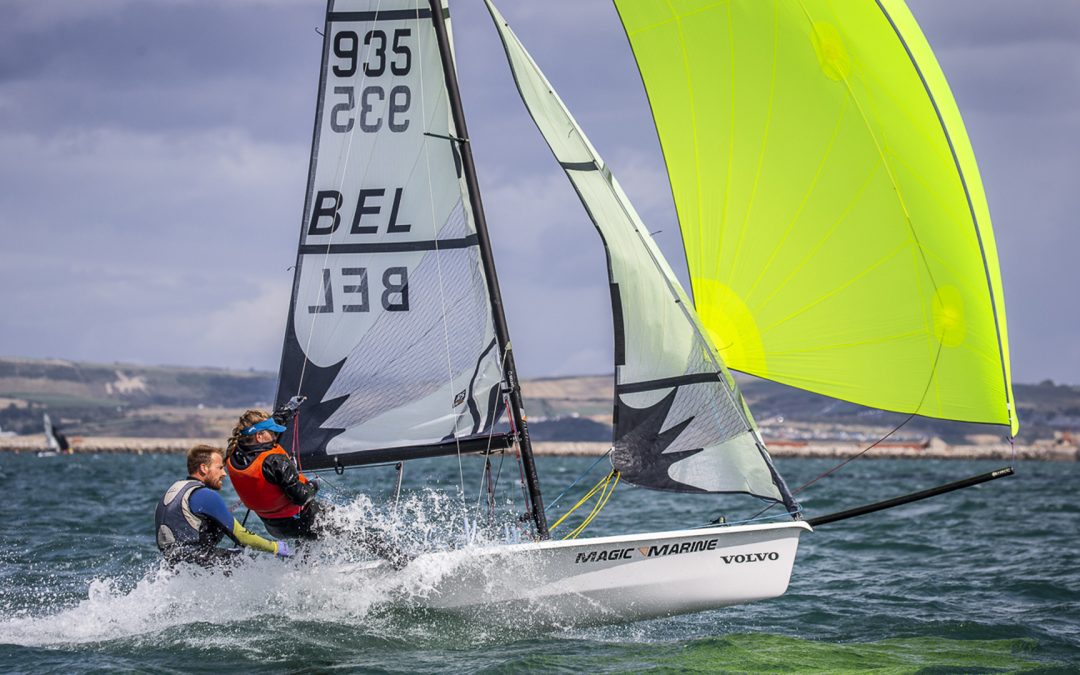 The RS500 class are heading to Yacht Club Cerna v Posumavi, one of the most prestigious clubs in the Czech Republic for the RS500 World Championships 2019. The sailing club on Lake Lipno has a heritage in organising high profile events such as World and European Championships but more importantly, the club always creates a fantastic event atmosphere. It promises to be a stunning event with 5 days of close racing and parties to remember.

Over 60 teams from 10 countries will be making the journey to compete on the international scene. It is all to play for and there is no obvious winner ahead of the event.

This year, a new rule was introduced to the class to allow crews to take the mainsheet which will create a whole new way of how the boat can and will be sailed. There will be teams sticking to the helm handling the mainsheet and there will be teams making the change. Will it make a difference in the performance of the boat? This is the first major event with this rule in place. We will follow it closely.

Who is bringing the trophy home?

With a strong core group in the Netherlands, the ‘Dutchies’ will bring a strong combination of champions on and off the water. Anneke Kikkert, is always chasing the top of the scoreboard and is a lake sailing expert which will come in handy at this beautiful venue. Class chair, Jochem Slikboer, with British crew and life partner Rosie Johnson, could very well be the big surprise of the event. If not on the water, then it will be at the infamous Dutch party, which is an annual must-attend social, with crazy orange outfits and the best drinks.

Other surprises might come from the German teams. They have created a dedicated training and racing group this year, coming with six teams that have never competed at the RS500 World Championships before, they are sure to have an awesome time!

Two teams from the USA; one of which is Team Sailorcise, Matt and Rachel Goetting from Toms River Yacht Club, who could be one of the favourites for the title. It was only last year that they debuted in the RS500 Worlds in Weymouth with a very good top 10 result and they are eager to improve and do better.

A strong delegation comes from the UK; James and Peter Curtis from GBR have been looking hot in the boat this year, standing on many podiums over the British winter and spring. Mike Saul who is a regular at RS500 Championships, is not shy of the front of the fleet but how will he compare with new crew, Oliver Kent?

The Italian team, with coach Matteo, a steady competition in the fleet have come to Lake Lipno before to race and might have a benefit of this experience. This team from Lake Como have led the top of the EuroCup Trophy over the last few years. Will they now push through and bring the World Championships Trophy to Italy?

The local knowledge of the Czech representatives might pay of and make them rise to the top? Or will the Russians be strong and bring it home?

The RS500 developed itself over the last couple of years in Europe as a robust and growing, World Sailing recognized, international class. It is seen as the ideal boat for young adults, and the young by heart. A very wide population of sailors have joined the class making it a great atmosphere to be a part of. In some countries as the preferred pathway option after the optimist or RS Feva. In other countries, it is seen as the ultimate equipment for student sailing clubs. The RS500 is an attractive and affordable class to join, hence it attracts youth, students and young adults.

The program of the RS500’s is varied and focused on a combination of competition and joint development. The year program includes training, a good number of races nationally and internationally. The international class is very well known because of its legendary socials and the recurring “Bring your Own” BBQ’s and Country parties at beautiful sailing locations.