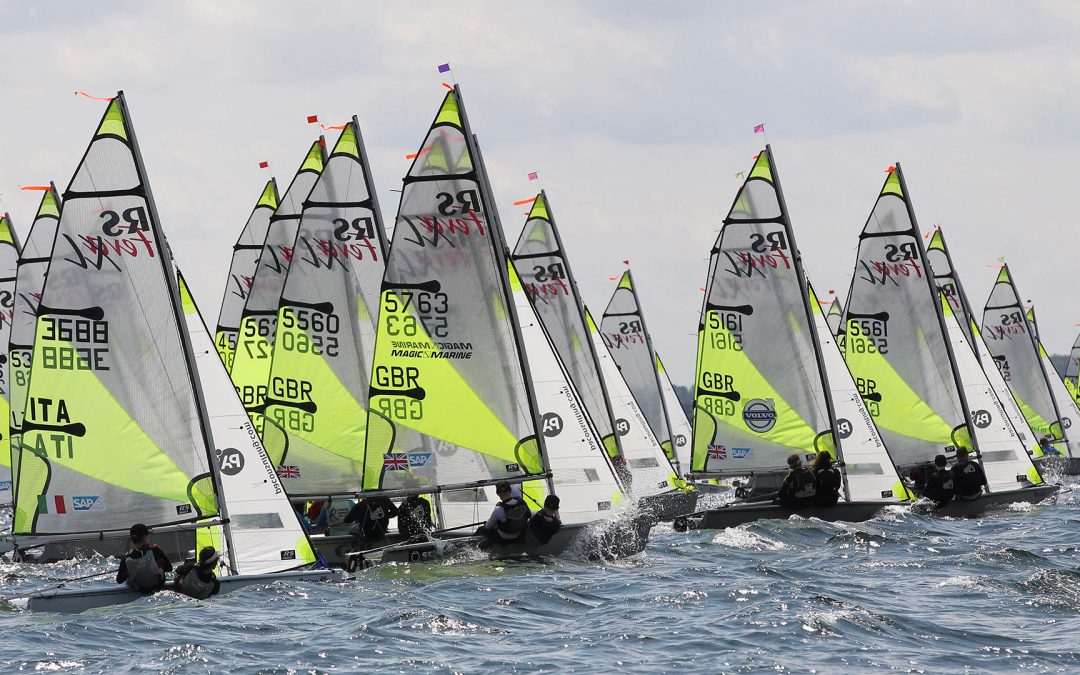 The countdown is on for the 2019 Tokio Marine HCC RS Feva National Championship. The four-day regatta begins on the 25th May and it is being hosted by South Caernarvonshire Yacht Club.

The best part of 200 junior and youth sailors will be competing at the event, with 90 British boats and a number of international boats from the Netherlands entered. The RS Feva Class has seen a lot of fresh faces enter the circuit this season and it will be great to see how the sailors slot into the bustling fleet and take on the four days of racing.

South Caernarvonshire Yacht Club is based on the coast of beautiful North Wales and they have been eagerly preparing themselves for the sailors and their supporters to arrive. The infamous club looks out over the stunning waters of Cardigan Bay which has hosted numerous national and international sailing competitions. With the forecast of predominately westerly winds, the sailors can expect incredible racing conditions.

The first warning signal will be given at 11.55 on Saturday 25th May where the sailors will race in six race a qualification series. The class AGM will be take place in the clubhouse on Saturday evening at 18.00 to discuss the success of 2018-2019 season and look forward to 2019-2020!

Qualification will continue on Sunday 26th May after which the fleet will be split in two to form a gold and silver fleet. The first three races of the final series will take place on Monday before a regatta dinner hosted by SCYC Cove restaurant. Tuesday 28th May will hold the final three races to decide who will become the 2019 Tokio Marine HCC RS Feva National Champions!

The RS Feva class and racing calendar is generously supported by Tokio Marine HCC and the enviable prizes are provided by Rooster.