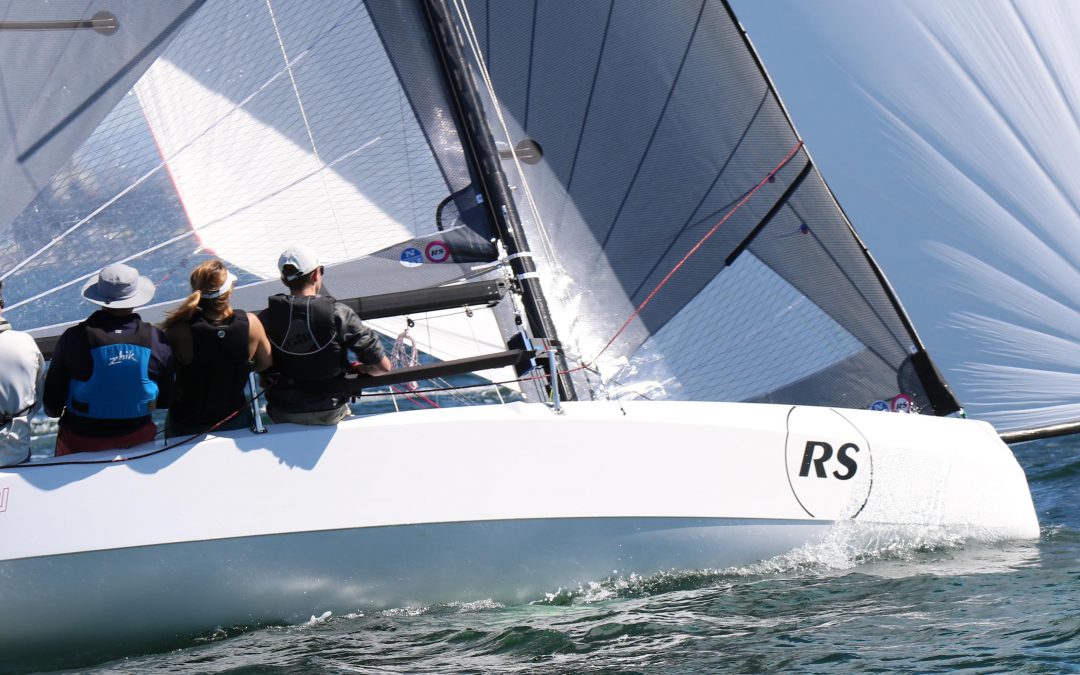 Once again, the RS21’s rubbed shoulders with the power houses of the keelboat racing realm. Demonstrating their inclusivity and accessibility, a fresh set of charter crews joined Division 2 of the Annapolis NOOD Regatta.

Day One
The regatta opened with some very close racing as teams began making themselves familiar with the new RS21 keelboats. Teams commented on how the kite launches and drops were the key to lead changes throughout the races. A choppy sea state and North Easterly winds of up to around 14 knots were forecast to veer throughout the day, but sailors favoured the left for both pressure and relief from the current. Just 3 points separated to top 4 teams after 3 races.

Day Two
Saturday brought a light breeze of 5-8 knots which continuously dropped throughout the day. The changeable conditions meant that one of the RS21’s rounded alongside the first placed J111 as the rest of the fleet lay a long way behind as they got caught on a bad shift.
More close racing lead to races where the fleet of RS21’s finished no more than 20 seconds apart from each other, demonstrating the close racing and even one design of the RS21 keelboat. Zim Sailing 2 established their position at the top of the leader bard heading into the final day of racing.

Day Three
The wind returned to the East Coast race course, but unfortunately the wind brought cold weather and rain. However, the racing was unaffected, as teams battled it out with still the top places in the regatta to play for.
Going into the final day of racing the top three seeds where just a handful of points apart. New speed was found in the fresh breeze by Zim Sailing 2, and match racing tactics were applied as Zim Sailing 1 were pinned up the beats.
The final results and winner of the event wasn’t decided until the final race of the regatta, with Zim Sailing 1 in hot pursuit of the leading team, Zim Sailing 2. As Zim Sailing 2 forced their way ahead in the final run of the event, they looked back to see they had not quite done enough to overtake the leaders in the final race.

A special thanks to Zim Sailing 2’s Stuart Proctor for providing RS Sailing with comments for our report and detailed boat feedback as we look to develop and establish the RS21 Class.

The RS21 Fleet travel to the next NOOD regatta in Chicago from June 7th to June 9th. For charter enquires, please visit the RS Sailing Store or contact the RS Sailing Events Coordinator Vikki Payne at info@rssailing.com.